Helping people find their way back to God

About Saint Clement Established officially in 1954, Saint Clement served Catholics in Fort Lauderdale as part of the Saint Augustine diocese. The first Mass was celebrated at the Rivercrest Farm Restaurant (later the Sea Grill) in 1953. During those early years, parishioners preoccupied themselves with building; they built the church/hall, dedicated in 1955, the school, opened for class in 1956, the convent for the Sisters of Saint Casimir from Chicago and a rectory, dedicated in 1961. Also during this time, they formed clubs and outreach ministries that included school teachers and staff in the efforts.

Although the Sisters of Saint Casimir no longer staff the school, it continues to attract young families. An additional 300 students attend religious education classes. Two new groups Haitians and Spanish speaking have settled in the area. Haitians are served by Divine Mercy Church, which is within parish boundaries, but those wishing to attend Mass and religious education in English come to Saint Clement. The parish serves the Spanish speaking community and strives to welcome all and to create a spiritual home for all who live in the area. 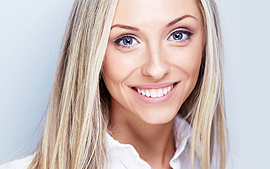 " For God so loved the world that he gave his one
and only Son, that whoever believes in him shall not perish but have eternal life.... "